Muchukunda Chakravarti was building the Thyagaraja Temple at Tiruvarur, and had deputed his minister to arrange for stones and lime for the purpose. Kandadeva was a staunch devotee and would not eat without undertaking Siva puja. One day it had become dark and he could not get a Lingam for prayers. He slept on the side of the road without eating. Later Lord Siva appeared in his dream and told to look for a Lingam near the Vanni tree where Kandadeva was resting, and undertook the pooja. Kandadeva was overwhelmed looking at the Lingam and started building a temple. He used to take one stone and one spoonful of lime from each cart going to Tiruvarur.

On completion of the temple he invited the King to the temple to pray. The King was upset that the temple had been built without his knowledge and asked Kandadeva to pay for the building materials and the punyam (merit) he had earned. Kandadeva regretted his inability to do this, which angered the King who ordered Kandadeva’s head to be severed.

When his head was being cut, Kandadeva shouted Andavane (Lord) and fell down.  Lord Siva appeared and brought Kandadeva back to life. The Lord also advised that a King and his Minister should be like husband and wife and rule in harmony.

Worshipping at this temple is said to help get rid of financial problems as well as women’s health concerns.

It is said that Siva and Parvati chose this spot as a retreat on Bhulokam, due to its prosperity. The river Ganga also came down here, making the place fertile. Once they reached here, Parvati performed abhishekam for the Lord using gold, giving him the name Swarnapureeswarar.

The place was originally called Aandavan Koil (after Kandadeva’s cry to the Lord for help), and over time, has been corrupted as Andankoil or Andarkoil. Another name for the Kudamurutti river is Kaduvaai, and since this place is on the banks of that river, it is also called Kaduvaai Karai Puthur (similar to Arisikarai Puthur – home to another Swarnapureeswarar temple, which is on the banks of the Arasilar river).

The Vinayakar in the ardha mandapam is Swarna Vinayakar, and interestingly, the Vinayakars in the southeast corner (kanni moolai) is called Kumbhakarna Vinayakar! The temple also features two Dakshinamurti murtis as well as two Ammans. The ceiling outside the Amman shrine has the 12 rasis (signs of zodiac) carved in stone, and it is believed that worshipping Amman standing under one’s own rasi will help fulfil the devotee’s wishes.

The original temple is said to have been built by Muchukunda Chakravarti, but one can see a lot of Chola influence in the temple’s phenomenal architecture, which displays several incidents from the puranams and Hindu mythology. Thereafter, according to records, the temple was rebuilt by the Nagarathar community, who continue to run this temple even today.

As with most temples in the Kumbakonam area, this temple too typically opens at 6 am. However, the priest arrives only around 8 am. When we visited this temple (which was well before 8 am), one of the caretakers was able to let us in and show us around.

Kumbakonam and its outskirts have several accommodation options for all budgets, including some resorts. 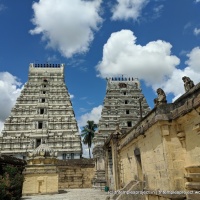 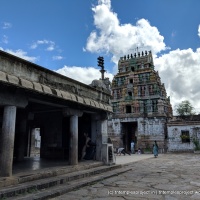 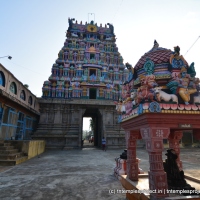 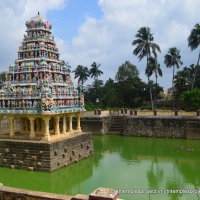 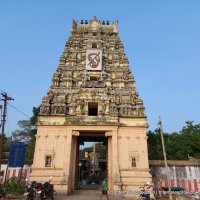 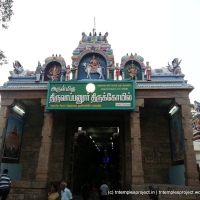 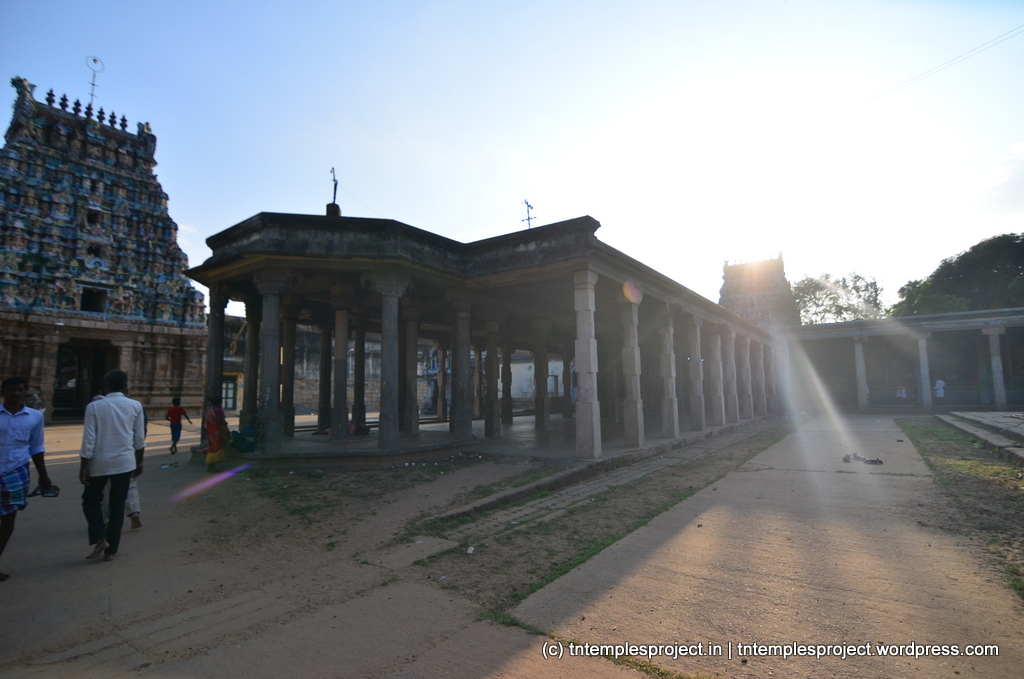