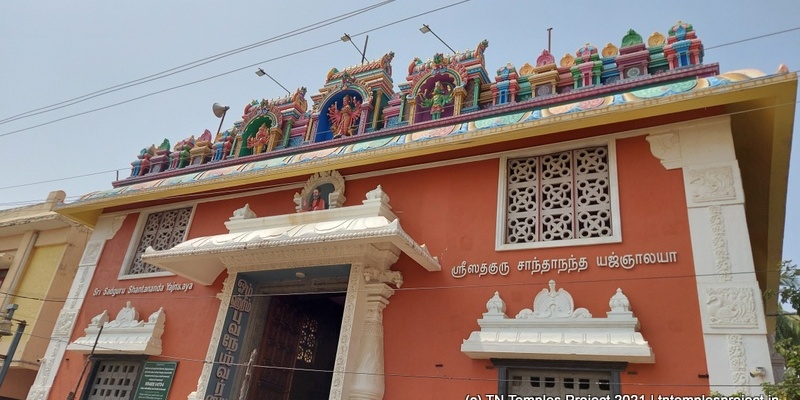 This is one of the most popular temples in the town of Pudukkottai, despite its recent history – the temple was established only as recently as in 1962. However, the deity here is regarded as being extremely powerful, which explains the ceaseless throng of visitors to this temple.

Sakti – the primordial energy – is known by various names, including Parasakti, Raja Rajeswari, etc. Each of these has different aspects, one of which is Bhuvaneswari, meaning the ruler of the worlds.

The grand façade outside leads to a rather simple one-shrine garbhagriham inside, with a beautiful vigraham of Bhuvaneswari Amman, depicted with four arms – the front two hands in abhaya hastam and varada hastam, and the rear hands holding the pasam and ankusam. A Srichakra Maha Meru is installed in front of the shrine.