This temple is located on the southern side of the Tiruparankundram hill, which is referred to as Thenparankundram. Tiruparankundram is the site of the Satya Gireeswarar temple (a Paadal Petra Sthalam), and is equally famous as one of six Arupadai Veedu temples of Murugan. In addition, the hillock has another temple on the south-eastern side (Palsunai Sivan) as well as a Kasi Viswanathar shrine on top.

Originally a Jain temple site, this place was converted into a cave temple for Siva during the time of Maravarman Sundara Pandyan, around 1250 CE. However, soon after – in the early 14th century – this place was destroyed by the Islamic forces of Alauddin Khilji, led by Malik Kafur. In 1910, the Archaeological Survey of India took up this temple for maintenance, and the temple has been under ASI control since that time.

In the garbhagriham inside the cave temple, Siva is depicted as Ardhanareeswarar, with Parvati occupying the left side of Siva’s body. There are also bas reliefs and murtis of other deities, including Natarajar and Sivakami Amman, and Murugan with Valli and Deivanai. Beside Natarajar is a small murti of Karaikal Ammaiyar. Vinayakar is depicted as Heramba Ganapati. There are also images and murtis of the Tevaram moovar (Appar, Sambandar and Sundarar) as well as Manikkavasagar. On the western rock slope is a bas relief of Vinayakar and a sage, while on the east, is a sculpture of Bhairavar.

There are also inscriptions here, from the time of Sundara Pandian, referring to him as Cholanaadu Vazhangiya Sundara Pandiyan (referring to his gift of the Chola kingdom back to Rajadhiraja Chola, the son of Kulothunga Chola III whom he had conquered). Another inscription refers to this place as a tax office (Puravu Varithinaikalam).

The original Jain heritage of this place is evident from the lotus medallion inscribed on the pillars, which depicts the universe / cosmos in Jain philosophy.

The following three are from the Chitiram Pesuthadi Flickr photostream of Ms RK Lakshmi, duly acknowledged. Please click on them to access the full photos along with descriptions. 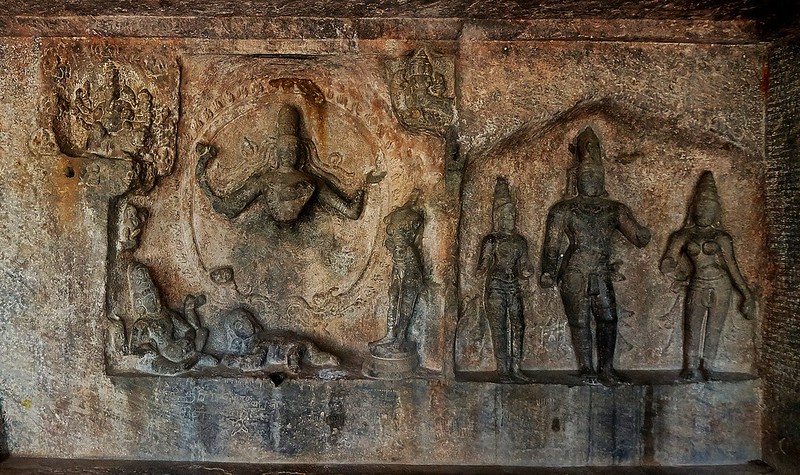 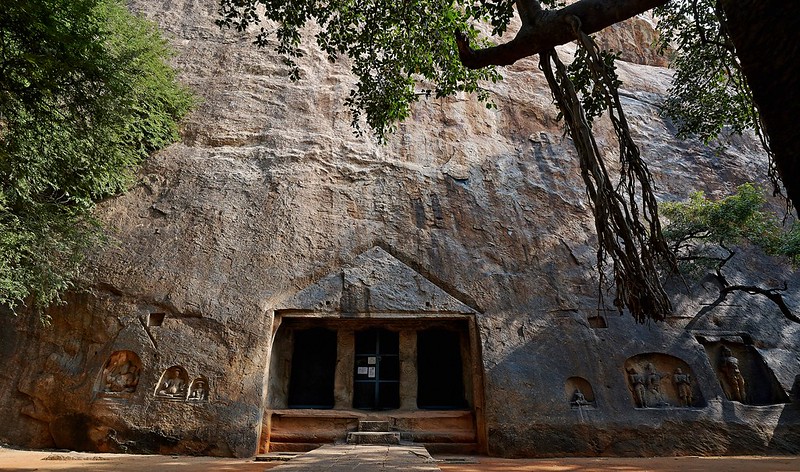 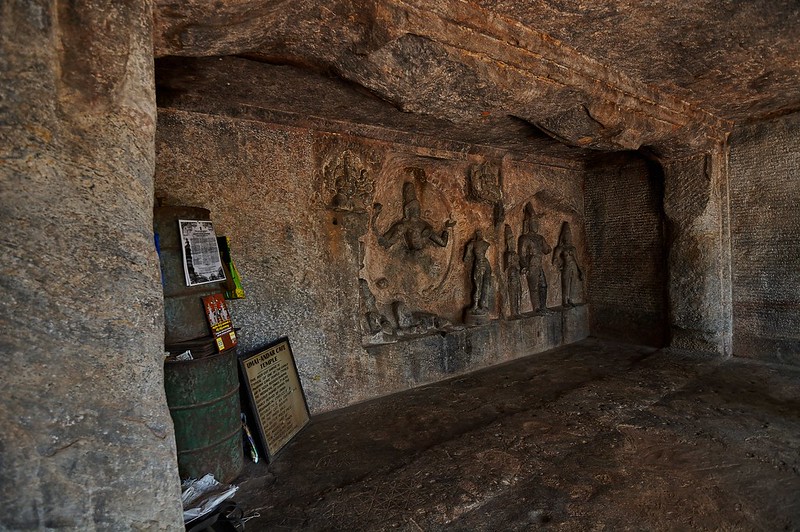